Scientific research is the core driving force for SMOORE's development

SHENZHEN, China, Oct. 9, 2020 /PRNewswire/ -- VAPORESSO's parent company, SMOORE International Holdings Co., Ltd., and the Tongji University team have received approval after jointly applying for a research project from the National Natural Science Foundation of China. SMOORE is now the first vaping company to obtain a national-grade research project. As the first company to be listed in the vaping industry, SMOORE has leadingly taken another critical step in the field of scientific research. 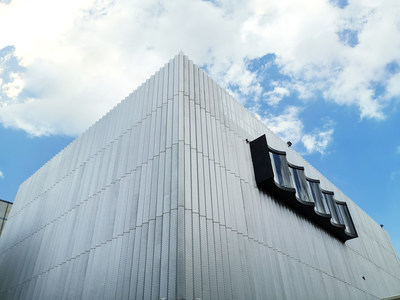 Getting enough nicotine satisfaction from a vape is one of the biggest concerns of most users when choosing products, and it is also a central pain point for users. The project intends to research nicotine satisfaction by developing animal models, analyzing the key factors affecting efficiency in the nicotine transmission process on a deeper level, and providing scientific support for the development of new atomization technology in the future. At present, the relevant experiments have entered the preparation stage.

Trend led by the science

Based on scientific innovation, the continuous optimization and upgrade of the vaping experience are the sources of the rapid growth of the influence of the emerging vaping industry. At the just-concluded GTNF 2020 Virtual, the topic of "scientificity" was also brought into the extensive discussion range. Optimizing the transmission efficiency of nicotine in the latest vaping devices to continuously reduce the nicotine content during the vaping process, while maintaining the same nicotine satisfaction, is considered to be a major trend in the development of new vaping devices.

Scientific research is continuous and systematic work. Under science's guidance, we are confident that the entire vaping industry can develop in a healthy, orderly, and rapid manner. Through targeted scientific research to optimize the product's nicotine transmission efficiency, the vaping technology can bring users the enjoyment that fits their high-quality life.