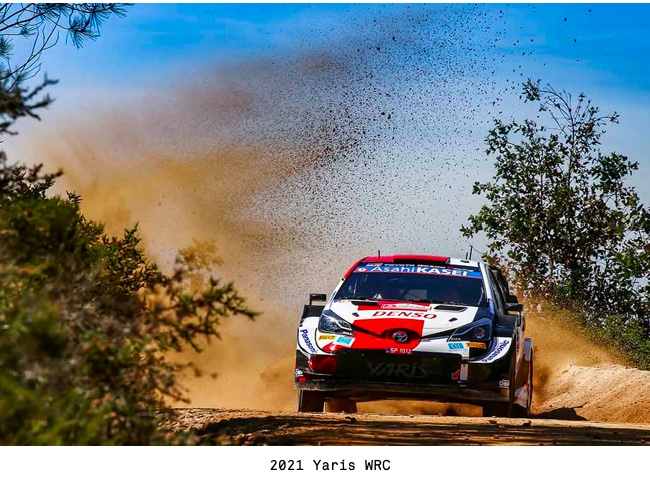 The Acropolis Rally last featured in the WRC in 2013, having been almost ever-present on the calendar since the inaugural season 40 years earlier. The event is known for rocky mountain roads and high temperatures which combine to create a tough challenge for the cars, tyres and drivers.

Sebastien Ogier, who won the rally in 2011, heads to Greece with a 38-point lead in the championship, with team-mate Elfyn Evans in joint second place. Kalle Rovanpera, fourth in the standings, will be making his Acropolis Rally debut, as will TGR WRC Challenge Program driver Takamoto Katsuta. Toyota has a 41-point lead in the manufacturers' championship with four rounds remaining.

The rally will begin on Thursday afternoon from the capital city Athens, with a start ceremony beneath the ancient Acropolis citadel and a short street stage around Syntagma Square. From there, Friday takes the crews out west for a pair of stages close to Loutraki, one of which will be repeated following a lunchtime tyre-fitting zone and before another pair of stages are tackled on the route north back towards the service park in Lamia.

Saturday is the longest day of the rally, beginning with a loop of four stages split into two by a tyre-fitting zone in Itea. Two of those stages - Pavliani and Eleftherohori - will be repeated after a full mid-afternoon service in Lamia. The conclusion to the rally on Sunday includes Pyrgos, the longest stage of the weekend at 33.2 kilometres, inbetween two visits to the famous Tarzan test.