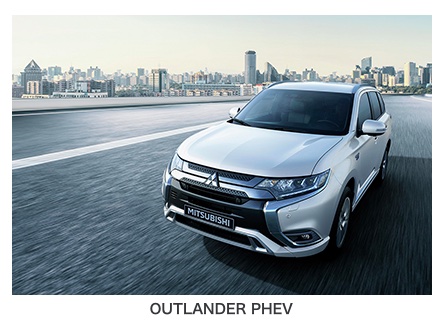 Sales commenced on September 5 at the Manila Bay branch of the Peak Motors Philippines Inc. (PMPI) dealership, which will also be the first dealership to install the feature of Mitsubishi DENDO DRIVE STATION(1) outside of Japan early next year.

"ASEAN is MMC's growth driver in the three-year mid-term business plan announced in July this year," said Yoichiro Yatabe, co-chief operating officer of MMC. "In addition to driving the growth of the ASEAN economy, we are committed to contributing to the preservation of the environment through the introduction of the OUTLANDER PHEV in the region. Not only will we support the development of the country's automotive industry and economy, but will also foster the communities to protect the environment for a sustainable future."

The OUTLANDER PHEV aligns with the company's long-time development of electro-mobility, 4WD expertise, and all-wheel control technology. The vehicle offers energy efficiency and a smooth driving experience by utilizing a twin-motor 4WD system and a unique EV-based PHEV architecture consisting of a front electric motor, a rear electric motor and no gearbox.

(1) MITSUBISHI MOTORS' next generation showroom with solar power system and vehicle to home (V2H) equipment, in addition to standard showroom functions such as new vehicle sales and aftersales services

MITSUBISHI MOTORS CORPORATION is a global automobile company based in Tokyo, Japan, which has a competitive edge in SUVs and pickup trucks, electric and plug-in hybrid electric vehicles. Since the Mitsubishi group produced its first car more than a century ago, we have demonstrated an ambitious and often disruptive approach, developing new vehicle genres and pioneering cutting-edge technologies. Deeply rooted in MITSUBISHI MOTORS' DNA, our brand strategy will appeal to ambitious drivers, willing to challenge conventional wisdom and ready to embrace change. Consistent with this mindset, MITSUBISHI MOTORS introduced its new brand strategy in 2017, expressed in its "Drive your Ambition" tagline - a combination of personal drive and forward attitude, and a reflection of the constant dialogue between the brand and its customers. Today MITSUBISHI MOTORS is committed to continuous investment in innovative new technologies, attractive design and product development, bringing exciting and authentic new vehicles to customers around the world.